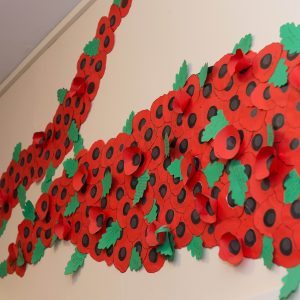 You will develop an in-depth knowledge of a period of international conflict and tension between the two world wars, incorporating a study of the Treaty of Versailles, League of Nations and the Origins and Outbreak of the Second World War. In addition to this you will study the history of Germany over a 50 year period which saw a transition from Kaiser Wilhelm and the First World War, to the rise of the Nazi party and life in Nazi Germany up to 1945.

You will also follow a thematic study of Power and the People, in order to gain an understanding of the development of the relationship between the citizen and the state in Britain over a long period of time, considering themes such as war, religion, the government and economy. Students will also complete a depth study of Norman England, including the Conquest, how they established control and life under the Normans.

Whilst studying GCSE history, you will develop the ability to analyse, interpret, judge and evaluate a wide range of sources, written, pictorial, film and others. You will learn to evaluate historical sources against the context in which it was created. Areas of study will include:

GCSE History students must take assessments in both of the following papers in the same series:

84 marks (including 4 marks for spelling, punctuation and grammar)

84 marks (including 4 marks for spelling, punctuation and grammar)