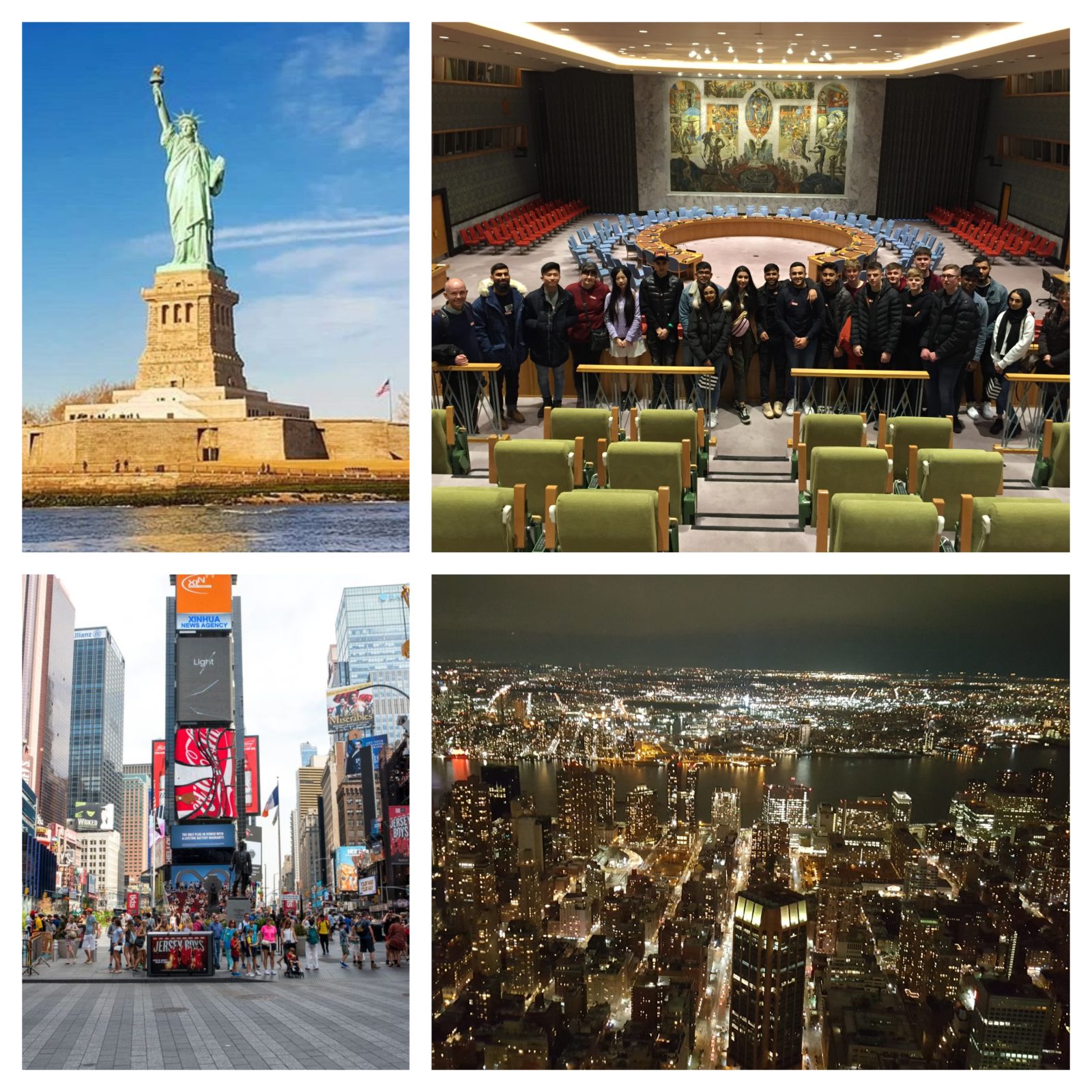 At 8am on Thursday 14th February, also known as Valentine’s Day, 19 business and economics students, along with Mr Basser and Mr & Mrs Roberts, had set off for Manchester airport to begin the long journey to New York.

Within the space of four days, despite the freezing cold, we had visited places all over the city. Naturally, shopping was key  – we toured Macy’s behind-the-scenes, visited Sephora, went to 5th Avenue where Usmaan amused us with endless mispronunciations of designer brands, and many of us (especially Mr Basser) loaded our bags with bargains from Century 21.

At night, we experienced the buzz of Times Square and the breathtaking lights atop the Empire State Building, as well as enjoying all the food New York has to offer. On the topic of food, it would be impossible not to mention the extortionately expensive Michelin Star meal some of us went on for Jaslin’s Birthday.

During the days, we toured Wall Street and the fascinating financial district, explored the forefront of technology at the Microsoft Store, learnt about complex international relations at the UN, visited Grand Central and mastered the New York Subway – which, by the way, makes travelling on the London Tube seem like a first-class Emirates flight. Luckily, as we caught a ferry to see the infamous Statue of Liberty, the sun decided to briefly join us. It was a nice break from the rush of the main city to relax, admire the skyline and explore the history of immigration into New York.

Overall, New York was an amazing experience, and we would like to give special thanks to Mr Basser for organising the trip and getting us there and back in one piece.