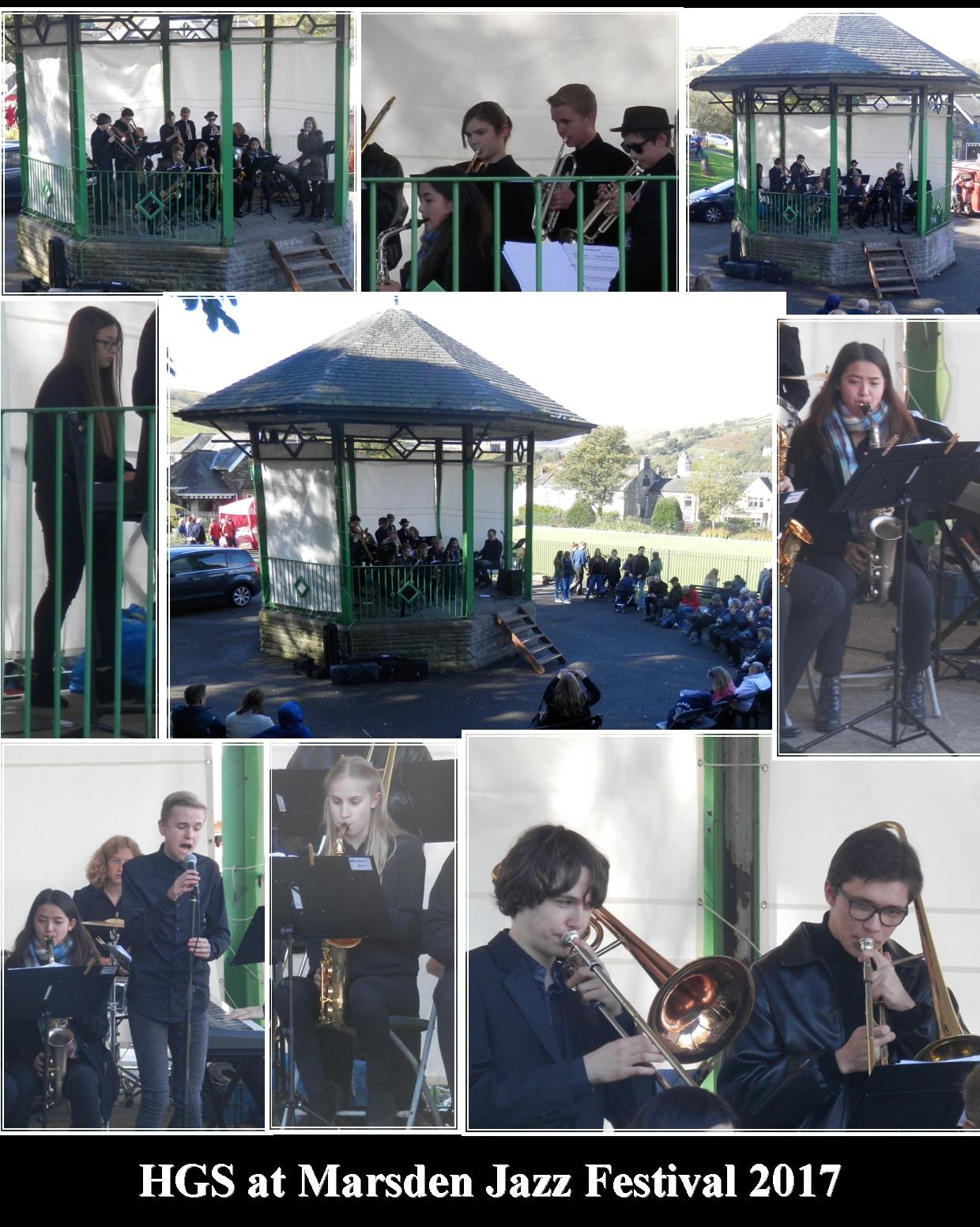 The HGS Soul Band started off the new term with another booking at the internationally renowned Marsden Jazz Festival. Performing within five weeks of the first half-term meant the band had to quickly dust off their instruments after the summer holiday and rehearse a programme ready for the festival. On top of this the band had some new members in key areas of the band.

The band played the Sunday lunchtime slot in the park bandstand. Luckily it was fine weather and there was a large audience gathered to hear the band. The band kicked off with Ray Charles’ ‘What I’d Say’ and followed it with the classic soul track ‘Gimme Some Lovin’, which included a fine debut vocal performance from our trombonist Michael Upham.

Performing a variety of soul, jazz, blues and pop tracks the band featured solos from David Brown, Alex Smith and some super sax solos from Georgina Moore. We performed pieces from our older repertoire of ‘Green Onions’, ‘I Heard it through the Grapevine’, ‘Mama Do’ and ‘Mercy’; newer pieces (for us) such as ‘Blues Machine’, ‘Monkey Man’, ‘Mustang Sally’ and ‘Don’t Know Why’; and two old HGS favourites of ‘I Feel Good’ and ‘Tequila’.

The band welcomed back a couple of last year’s members to play with us. Even though they are now starting their studies at University it was great to see them back helping out. Along with these ‘old timers’ it was great to welcome some new faces to the band – Sommer Berrington on keys and Rowan Lightfoot on trumpet. A particular well done goes to Gemma Hall who took full control of the drums this year and did a fantastic job keeping us all in time.

Not content with just debuting on trumpet, Rowan Lightfoot also took to the Microphone and sang a fantastic rendition of the song ‘My Girl’. Definitely one for the future!

After finishing with the classic ‘In the Midnight Hour’ the band completed their set and packed away in record time with another local band waiting to take the stage. Feedback from the audience, organisers and members of the next band on was excellent.