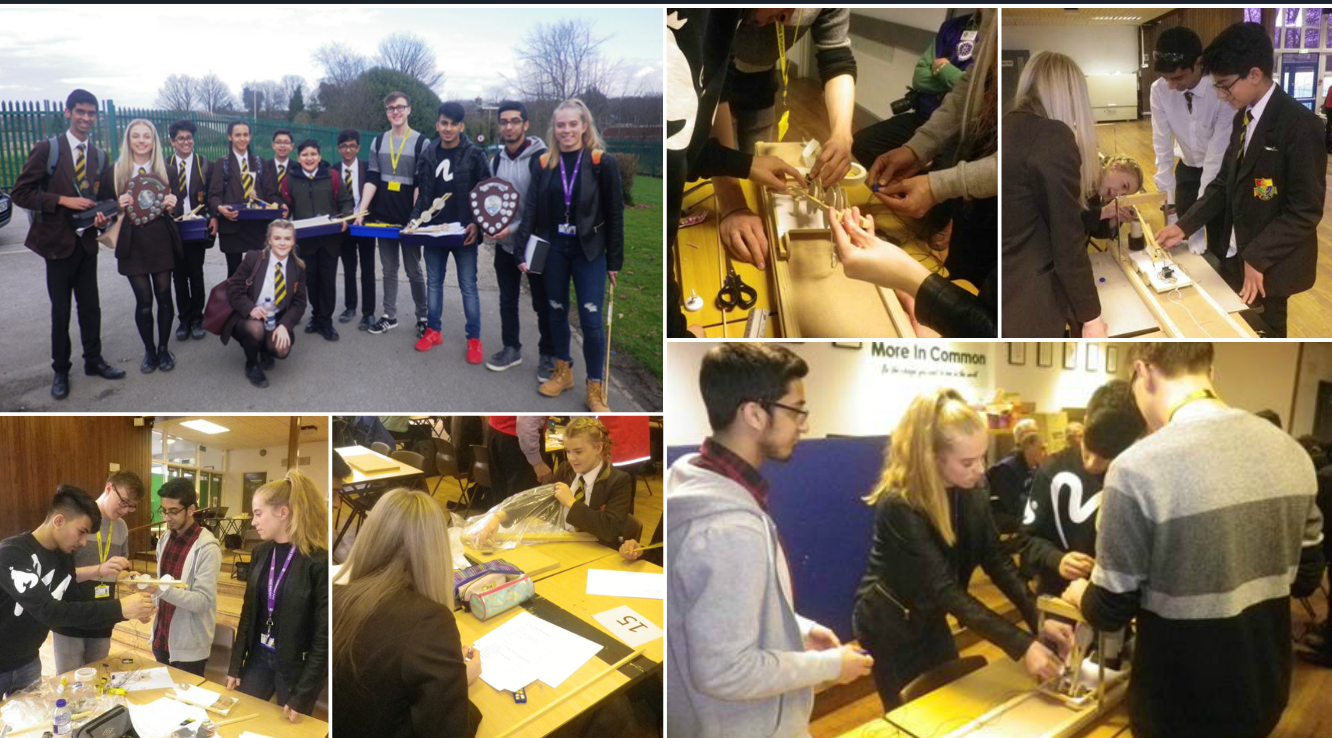 On Tuesday 14th March some student from year 8, 10 and 12 took part in the Rotary Technology Tournament. The tournament involves teams of students interested in engineering and science compete in a one day event to devise and build a solution to an unseen technical task. Solutions are tested and judged against competing teams. Our students took part in the foundation (year 8), intermediate (year 10) and advanced (year 12) competitions. Well done to all students who took part, especially our advanced and intermediate teams for winning their events.

Year 10 Design & Technology GCSE students Jay Patel, Megan Taylor, Isabel McNulty-Senior & Yusuf Mohmed. Teamwork and planning proved to be one of their strengths along with hard work and persistance. Adapting their design after testing proved to be the right decision and they came first in their group challenge.

From A Sixth Form Perspective: The Rotary Technology tournament is a competition run nationally across the UK, headed by Rotary International. It was a fun way to compete with local schools in the area by creating a product to carry out a scenario set externally by the Rotary charity. Students had to design and construct a crane which had an actively working pulley mechanism which worked both clockwise and anticlockwise (using the idea of polarity), controlled at a set distance from the track. The crane had to have a system which would allow it to lower the arm, picking up a so called “package” placed under a bridge.
The older students where set the “advanced” challenge, which was the most difficult, where the jib of the crane had to have the ability to lower, placing down the package upright, and also detaching the hook from the jib.
The “advanced” team consisting of; Adam Patel, Hollie Smith, Mohammed Karolia and Joe Speight used their knowledge of materials, physics and mechanics to put together a perfect product which resulted in Heckmondwike Grammar winning the competition, in both the advanced and the intermediate events. A special well done to the foundation team for their ingenuity and creativity during the task.
We would like to thank Rotary International for allowing us to present the skills of Heckmondwike Grammar in an exciting way, and bringing this once in a lifetime opportunity to us.