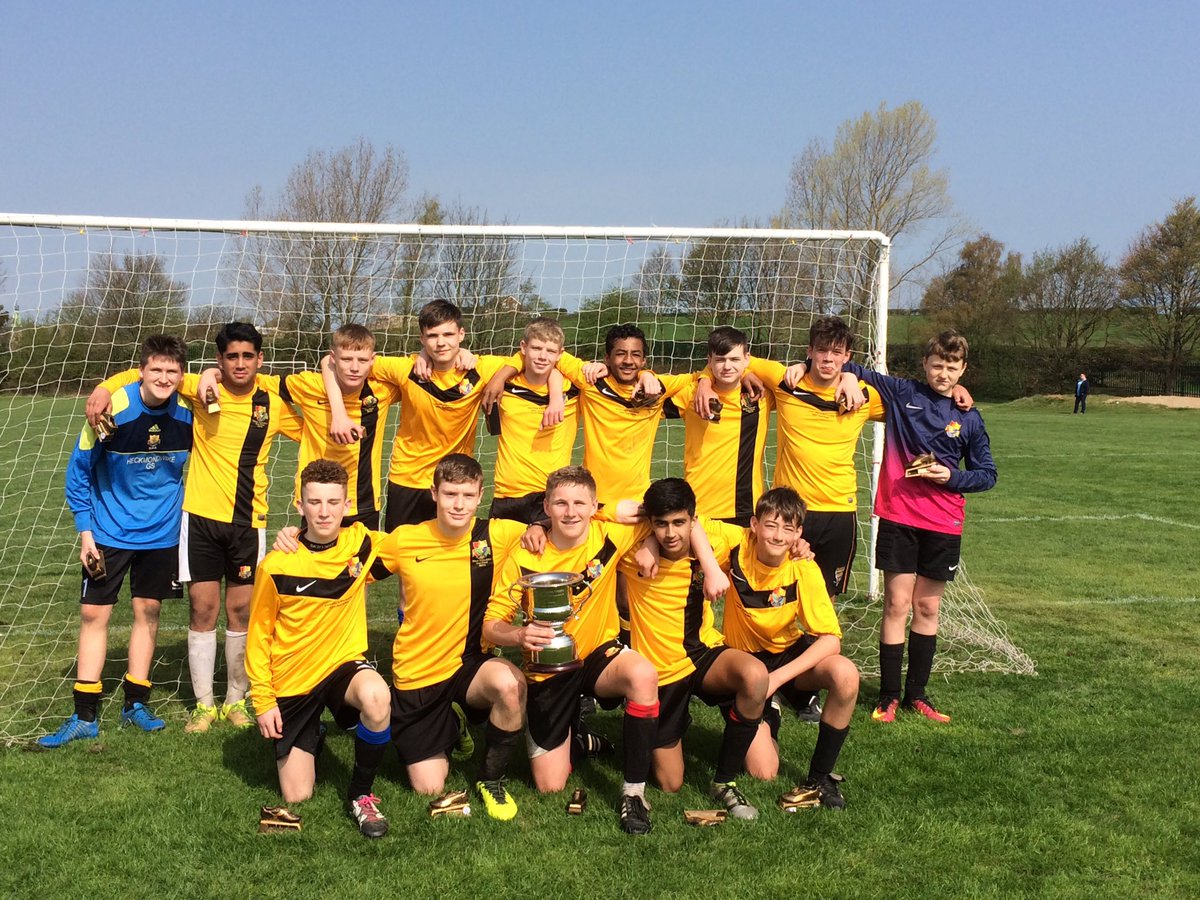 The Year 10 boys were entered into two competitions this season in the West Yorkshire cup and Spen Valley cup. Sadly our journey in the West Yorkshire cup was very short lived losing narrowly to Rastrick High in the first round.  However our progress in the Spen Valley cup went from strength to strength. In round one we smashed Batley Grammar 9v1 with goals coming from Rahul Ho-Shing (3), Harry Hobson (1), Harry Rhodes (2), Mohsif Mirza (1), Joe Brennan (1) and Henry Sykes (1).

In the second round we were drawn against Manor Croft with them unable to deal with our pace and power with us winning convincingly 4v1 with goals coming from Rahul Ho-Shing (1), Joe Brennan (1), Henry Sykes (1) and Ans Muhammad (1).

The semi-final and with confidence growing we travelled to BBG. We started the game well taking the lead early with a well worked move down the right finished off by Ans Muhammad. A second soon followed from the boot of Rahul Ho-Shing going into the break winning 2v1. The second half continued much in the same vain with us dominating possession and more goals soon followed from Rahul (3) and Joe Brennan (1). At the final whistle we had won comfortably 6v2.

Finals morning at Batley Grammar school and in near perfect conditions we took on a strong opposition in Mirfield Free Grammar. Having lost to Mirfield two seasons earlier we knew that this would be our toughest test. The boys started in blistering pace not giving the Mirfield players any time on the ball and peppering the goal with shots. Our first goal soon followed from Rahul Ho-Shing when he latched onto a perfectly weighted cross from the left to smash the ball home. Our second goal came mid through the first half to give us breathing space. The goal a carbon copy of our first finished off in style by Rahul again taking us into the break leading 2v0. We knew Mirfield would come out fighting in the second half but the boys kept their composure and hit them on the break scoring another two goals from Joe Brennan and a Henry Sykes power driver to give us an unassailable 4v0 lead with only minutes remaining. Mirfield managed to snatch two consolation goals but at the final whistle to joyous scenes we had won and become newly crowned Spen Valley cup champions.

Well done to all the players this season and thank you to the parents for all their support.