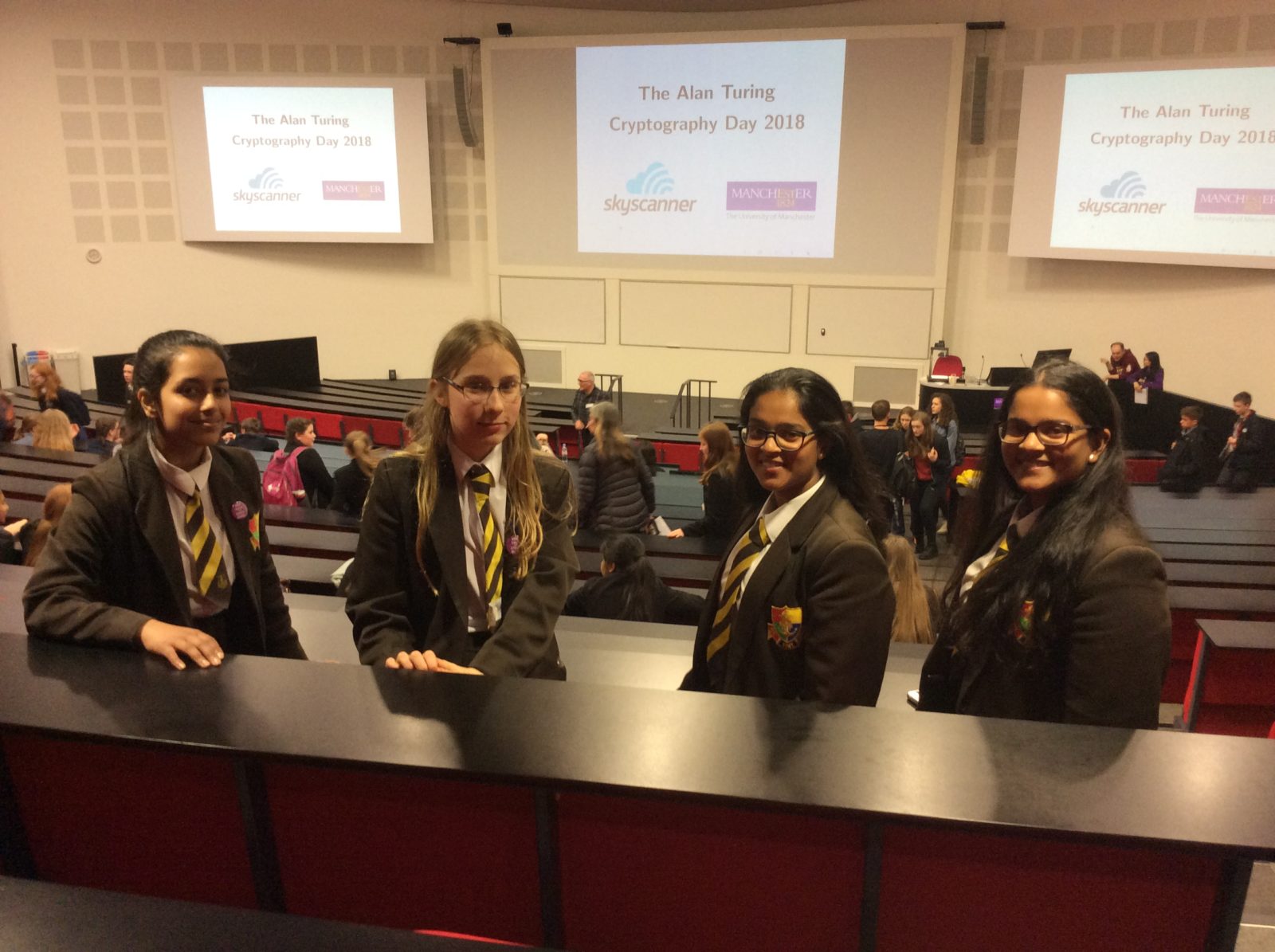 Each year, the Mathematics Department at the University of Manchester runs the web based “Alan Turing Cryptography Competition”. It begins in January and last for three months. Every week or so, a new code is released and they get progressively harder. Four students (Sharanya Chaturvedi, Lyndsey Hepworth, Naduni Mapatuna and Nipuni Mapatuna) from year 10 formed a team. They attempted all rounds and successfully deciphered all but one of the codes.

On 25th April, they were invited to the University of Manchester to compete in a live Cryptography Competition. They completed all the puzzles in the Competition and finished in the top fifteen out of around fifty schools from all across the UK.

They also went to a lecture led by people who work in Cryptography. This included finding out about cryptography in the military and its use in internet security.