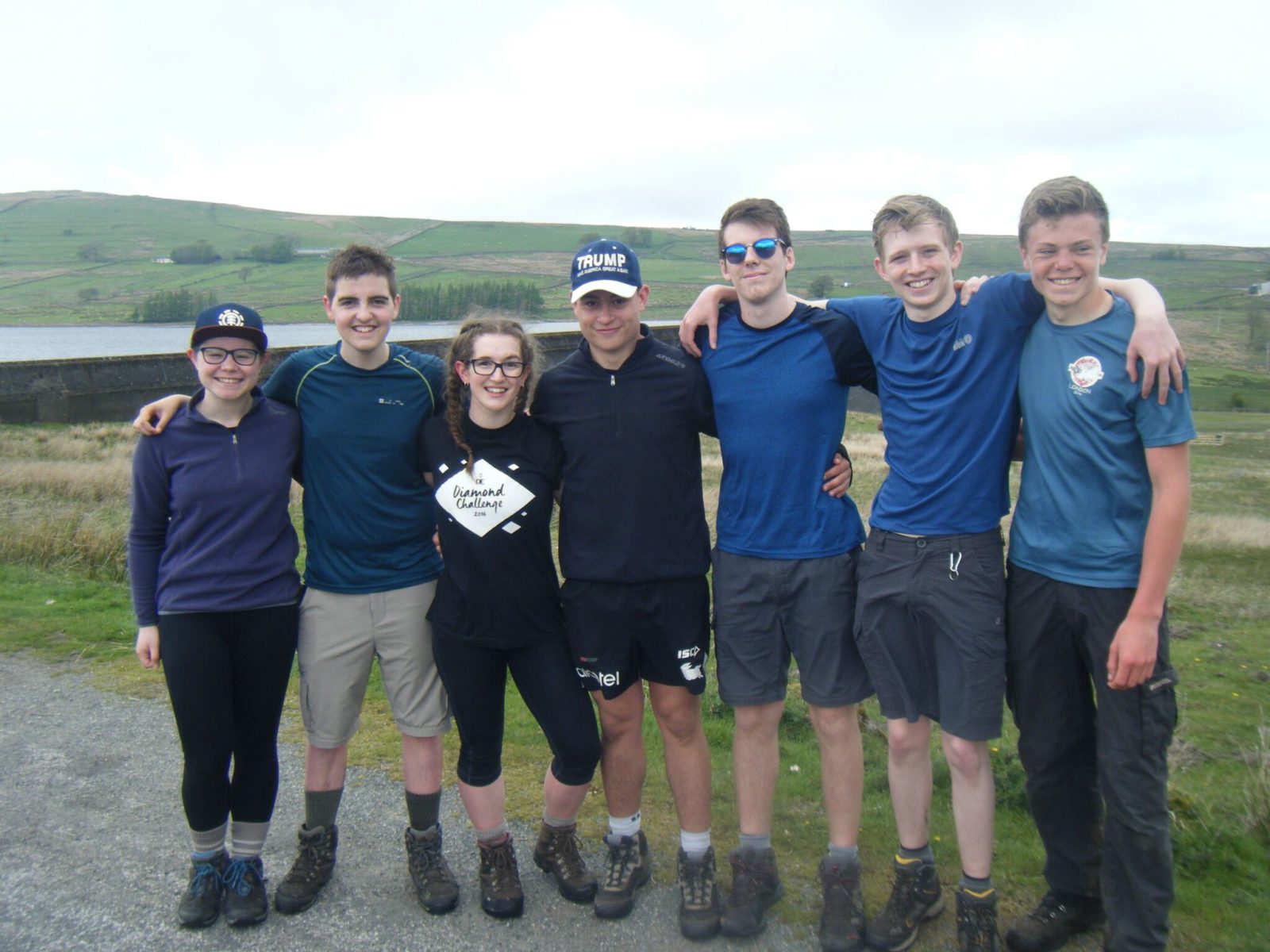 The forecast was looking amazing and spirits were high. On Day 1 the group set off from Buttermere in good weather and they were heading to Borrowdale. The group made good time on the first leg and the next part of the route took them over Catbells.  It was a long walk that took them over the summit of Catbells before descending into the valley. They kept good time and they arrived at the campsite on schedule and in high spirits.

Day 2 they set off to ascend up to Watendlath and then over to Thirlmere.  This proved a difficult challenge for them. Although visibility was good it was a challenging route and they were relying on good navigation skills to carry them through. The weather was dry and warm and at times they travelled slowly due to the heat but they arrived at the checkpoint in good spirits.  They had a good lunch stop before heading into Grasmere where they treated themselves to an ice cream before carrying onto the campsite. They were treated at the end of the day to a night at Rydal Hall campsite with hot showers and beautiful views.

On Day 3 they set off early as it was to be another hot day and walked into Ambleside and over Wansfell to Troutbeck.  They were met again in Troutbeck where they stopped for lunch.  After this, navigation was relatively easy over to Kentmere. They camped in the grounds of a small Outdoor Centre in Longsledale for the night.

By Day 4 they were tired and looking forward to finishing.  Their route took them over from Sadgill to Shap.  Not particularly high but still a tough walk at points. They enjoyed a short break and  exploring the Bothy on Mosedale Common.  The cloud cover today did make it slightly easier for them.  They were certainly delighted to reach the end. Teamwork remained strong throughout and campcraft skills were good. They were organised and worked well as a team throughout.  This was a fantastic and highly successful expedition. Morale remained high throughout. Congratulations to the whole group. Well done.